Hw holds a PhD in Nutrition, as well as a PhD y Pharmacy and Medicine. He is currently the director of the Precision Nutrition Program in IMDEA Food and has been involved in reference European projects such as DIOGENES, SEAFOODplus NUGENOB, FOOD4ME, STOP PREVIEW and SWEET. Prof J. Alfredo Martínez has also been involved in national consortia including PREDIMED and CIBERobn, and the derived results and conceptual contributions have been published in the most relevant scientific and medical journals, receiving more than 26.000 cites. In addition, Prof J. Alfredo Martínez has supervised more than 75 PhD students and published more than 850 peer reviewed articles in the field of Nutrition and Obesity (H Index > 75), including Precision Nutrition omics. Currently, Prof J. Alfredo Martínez is the president of the International Union of Nutrition Sciences (IUNS) and has been awarded with numerous prizes including the Hipócrates or the Dupont awards. During his career, Pro J. Alfredo Martínez has enjoyed training or invited stays at the MIT, as well as in the universities of Nottingham, Berkeley, Harvard, Oxford, and King´s College in London. 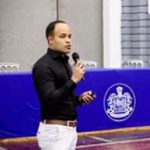 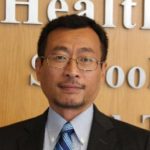 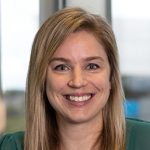